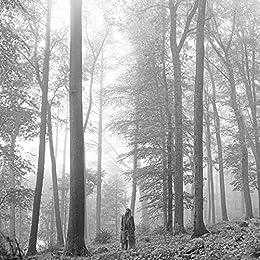 It’s taken me a couple of weeks to get this second half posted, but I hope you enjoy looking at my answers. Consider yourself tagged if you’re interested in sharing your own.

this is me trying

Burr by Gore Vidal. I plowed through because it was part of a readathon TBR and because there were just enough moments of interest, but I’d never pick up another of his books.

I don’t really think I have guilty pleasures, I don’t feel guilty about whatever I’m choosing to read at a particular time. I guess cozy mysteries would probably count for this though, they’re pretty light-weight and usually formulaic. I like that about them, but I think they sometime get looked down on a little.

I don’t reread a massive amount to be honest — there’s too many books I want to get too! — although I’ve got a fair few from this year I’d like to revisit. Overall, the books I’ve reread the most are probably Terry Pratchett’s Discworld series, especially the Witches and Watch subseries. I’ve read them a number of times and have no problem going back again and again.

I loved the variety of strong women in The Priory of the Orange Tree, there were psychical fighters, magic wielders and political leaders. Even the women that were villains or pawns had their own types of strengths.

This might be an odd choice for a comfort read, I’m not sure, but it’s one I find really soothing. I love the quietness of The Goblin Emperor, and the goodness of the main character.

Some of my favourite sapphic books.

I saw a lot of buzz around You Should See Me in a Crown and it happened to be free on Scribd. I wasn’t expecting to enjoy this as much as I did as the genre isn’t my usual thing, but I’ve had a (weird for me personally) real interest in contemporaries this year.

The Poppy War is an incredible book, and a really emotional one too. At some points the depiction of war is really difficult to read.

Another book shop trip today! Love this wee shop!
Topping & Co #BookHaul!
Some pictures inside the lovely Topping & Co in St Andrews.
I picked up mystery book '2' at @toppingsstas. I think I can guess at two of the others. Any ideas?
A well earned treat for leaving my sunspot in the garden 😅
Who else is thinking about Camp NaNo in July?