The Dickens with Love by Josh Lanyon 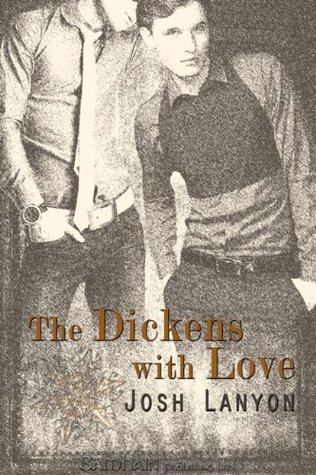 Three years ago, a scandal cost antiquarian “book hunter” James Winter everything that mattered to him: his job, his lover and his self-respect. But now the rich and unscrupulous Mr. Stephanopoulos has a proposition. A previously unpublished Christmas book by Charles Dickens has turned up in the hands of an English chemistry professor by the name of Sedgwick Crisparkle. Mr. S. wants that book at any price, and he needs James to get it for him. There’s just one catch. James can’t tell the nutty professor who the buyer is.

Actually, two catches. The nutty Professor Crisparkle turns out to be totally gorgeous—and on the prowl. Faster than you can say, “Old Saint Nick,” James is mixing business with pleasure…and in real danger of forgetting that this is just a holiday romance.

Just as they’re well on the way to having their peppermint sticks and eating them too, Sedgwick discovers the truth. James has been a very bad boy. And any chance Santa will bring him what he wants most is disappearing quicker than the Jolly Old Elf’s sleigh. 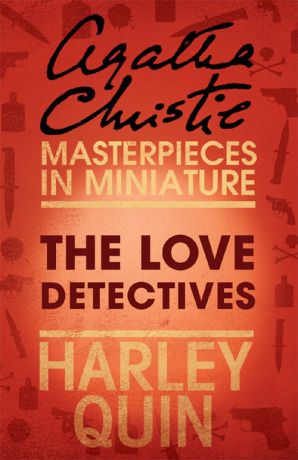 Mr. Satterthwaite and Colonel Melrose are comfortably ensconced in the Colonel’s study temperately listening to each other’s differing passions when the phone suddenly interrupts them. Someone has been murdered and the Colonel, the county chief constable, is going to let Satterthwaite accompany him to the scene of the crime. But, such differing fellows have, as imagined, rather opposing outlooks on why Sir James Dwighton has been bashed over the head with a blunt instrument. But when Mr. Quin appears, Satterthwaite is delighted as ever and soon regales him with his romantic impression of the facts at hand. In the ancient house of Alderly the red haired beauty Laura Dwighton and the couple’s guest, the very attractive Mr Paul Delangua have, rumour has it, engaged in an illicit affair and he has been thrown out by the disgruntled Sir James. But the facts of the murder all seem to add up too nicely and what’s more everyone is confessing to it. 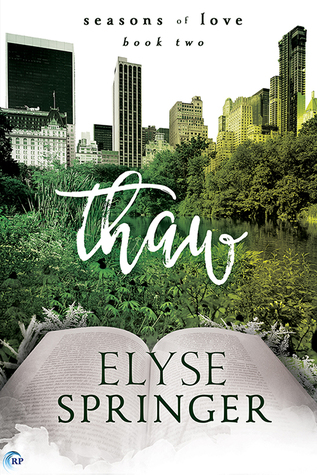 Abigail is content with her quiet life as a librarian. But when she’s invited to a high-profile charity auction, she finds herself dancing with one of the most beautiful women she’s ever met. Abby’s sure she’ll never see her again, but then Gabrielle calls and asks her on a date. And soon after, another.

Supermodel Gabrielle Levesque has a reputation as the Ice Queen—cold and untouchable—except she warms up whenever she’s with Abby. Only Abby isn’t interested in the heat between them; she’s asexual, and she’s worried that admitting as much to Gabrielle might spell the end of their blooming romance.

They’re two different women from two very different worlds, but Abby knows she can love Gabrielle. Her passion for books, travel, and theater prove there’s more to the Ice Queen than meets the eye. But they’ll have to overcome Abby’s fears—and Gabrielle’s own threatening secrets—in order to find their way to love. 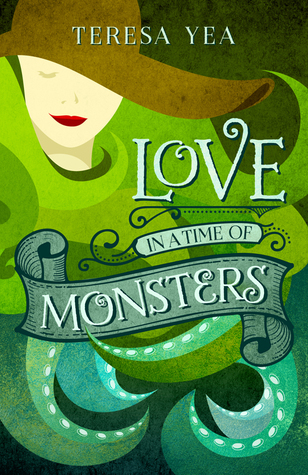 A rising body count.
A deadly creature.
A boy who inherits the mother of all monster problems.
Bookish and sickly Rob Stevenson knows he can’t kill the monster terrorizing his village alone so he sets out to hire Scotland’s best hunter.

Fire-breathing, trigger-happy Cat Mornay is hardly Rob’s idea of a hero.
But her kill list is impressive.
If her past encounter with this monster shows what she can do, then she’s the perfect hunter for the job.

But can Cat kill a creature who is faster, stronger, and growing smarter every day?

Reluctant heroes.
An unlikely friendship.
A gas-lit adventure in a world of dazzling magic, underworld crime, and mythical beasts.
And the hunt of a century…
Welcome to the Golden Age of Monsters.

The Gods of Love by Nicola Mostyn 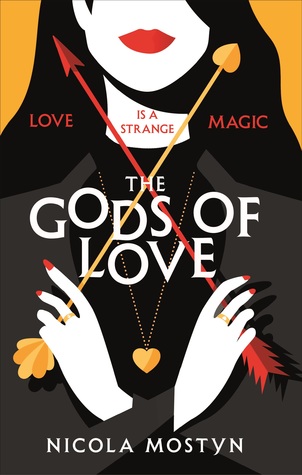 Meet Frida. Divorce lawyer, cynic and secret descendant of the immortal love god Eros. She’s about to have a really bad day . . .

When a handsome but clearly delusional man named Dan bursts into Frida’s office and insists that she is fated to save the world, she has him ejected faster than you can say ‘prenup’.

But a creepy meeting, a demon or three and one attempted kidnapping later, Frida is beginning to face the inconvenient truth: Dan is in fact The Oracle, the gods of Greek mythology are real and Frida herself appears to be everyone’s only hope.

The world is doomed.

Bridget Jones by way of Neil Gaiman, this smart and quirky story will change the way you look at love forever. 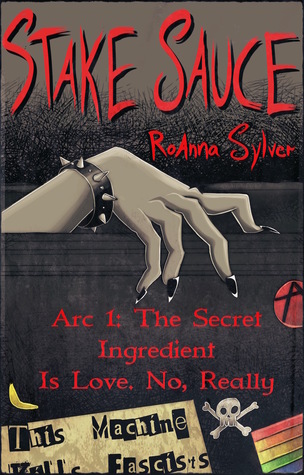 ARC 1, IN WHICH: A cute punk-rock vampire and a disabled firefighter-turned-mall-cop with a dark past join forces to battle the forces of evil.

Jude used to leap out of helicopters to rescue/protect people from terrifying infernos. Now, by day, he protects the local mall from rowdy teenagers who ride their skateboards inside. By night, he protects the the parking lot, and the rest of Portland, from undead, bloodsucking creatures of the darkness. Or would if he could find them.

But he’s just about ready to give it up (living with PTSD and pain from the traumatic event that cost him a leg, a friend, and a lot more is hard enough), when something crashes into his life. And his window.

It’s one of these creatures of the darkness – and he’s a lot less scary than expected. More cuddly, with dark fuzzy wings, and neon-bright hair.

His name is Pixie, and he refuses to bite anyone. Assault/murder/draining fluids isn’t punk, even if being a vampire really kind of is. He’s very hungry by now, and the much bigger, meaner, deadlier vamps kick him around on the nightly. Jude would love to find and fight some actual undead bullies. And Pixie could use some help staying… ‘alive.’ Time to make a deal.

Together they fight crime. And maybe even heal.

Of course, life still sucks when you’re a vampire who refuses to suck blood. Fortunately, there’s a really interesting new barbecue restaurant in the mall, with an intriguing new recipe. (We hear that the secret ingredient is… love. No, really.)

13 thoughts on “TTT: Books on my Shelf with “Love” in the Title”