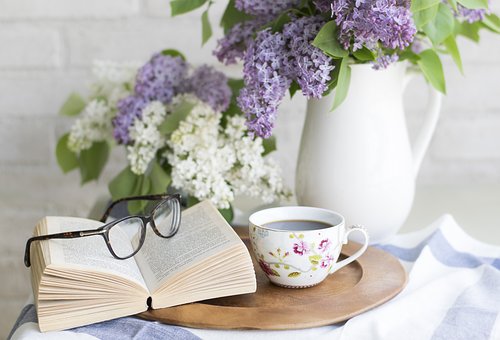 Which books pleasantly surprised you in 2019?

The Language of Flowers by Vanessa Diffenbaugh

I joined my first ever real-life bookclub this year (see my post about the experience here) and this was the second book we read. Described as women’s lit, I really wasn’t expecting to enjoy this as much as I did. I think that having a mystery element helped me connect to the story and then I found I really got a lot out of it. It opened me up to trying more women’s lit in the future.

As per my review (here) I obviously adored this one. I was apprehensive because while I loved Rogerson’s writing in An Enchantment of Ravens, the story itself didn’t do much for me. Sorcery of Thorns hit everything perfectly for my tastes: writing, characters and plot.

Technically, this both did and didn’t surprise me. It sounds like a book I’d enjoy, but I’ve tried it twice in the past and never made a decent dent in it. This year, I bought the gorgeous new cover… and listened to the audiobook. It was absolutely the right choice for me. The narration was brilliant and sucked me in. Third time lucky, this was a five star read.

The Bees by Laline Paull

The Bees has such a weird sounding concept, but it was recommended by a friend (again and again) so I had to try it. And it was AMAZING! I’ve now passed on the recommendation to a bunch of other people. It’s a little bit like The Hunger Games but with complex court-politics and religious fervour, full of complex and formidable female protagonists. It sounds weird, but you sound read it.

I picked this one up for a readathon I was hosting (check out my #Mythothon TBR from September here) because I wanted to add in some theme-appropriate Norse reads. I’ll be honest, as much as I like the bright, fun cover design, because of it, I wasn’t expecting that much from the story. I was surprised to find an exciting action-packed plot, perfect for older fans of Percy Jackson.