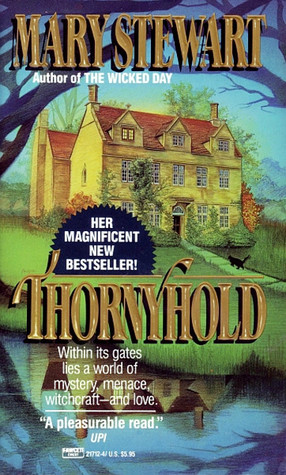 I suppose my mother could have been a witch if she had chosen to.

There was no key in the lock of the back door. Presumably this was the one that Mrs Trapp held. But the door had a couple of adequate bolts.

When Gilly’s witch aunt leaves Thornyhold to her, a house in the middle of the woods, Gilly finds that she has inherited far more than she realized. Along with the house comes a cat, a still room filled with herbs (and a missing recipe book), an attic chamber with carrier pigeons (who have secret messages), and an attractive neighbor whose young son offers the sacred and unique blessing of friendship.

But Thornyhold possesses far more than even these simple offerings.

The place itself seems to convoke otherworldly gifts as well: Gilly cultivates the abilities to heal and to foresee the future once she makes Thornyhold her home.