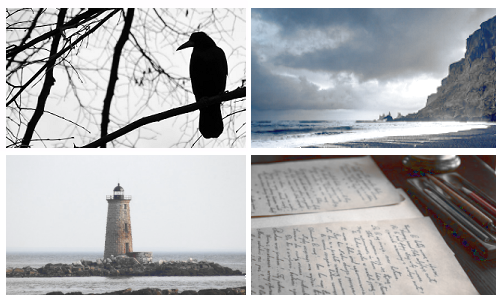 My Review of The Witch of Willow Hall 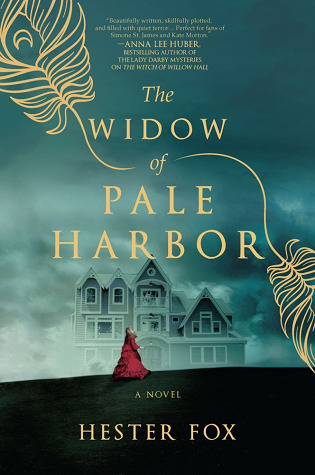 Her secret will tear the town apart.

Maine, 1846. Gabriel Stone is desperate to escape the ghosts that haunt him after his wife’s death, so he takes a position as a minister in the remote village of Pale Harbour.

But not all is as it seems in the sleepy town. Strange, unsettling things have been happening, and the townspeople claim that only one person can be responsible: Sophronia Carver, a reclusive widow who lives in the decaying Castle Carver. Sophronia must be a witch, and she almost certainly killed her husband.

As the incidents escalate, one thing becomes clear: they are the work of a madman inspired by the wildly popular stories of Mr. Edgar Allan Poe. And Gabriel must find answers, or Pale Harbour will suffer a fate worthy of Poe’s darkest tales.

I read and adored Hester Fox’s debut, The Witch of Willow Hall, last year (like seriously, my review started with “I’m dead“). Needless to say, I’ve been eagerly anticipating the release of her second novel, The Widow Of Pale Harbour.

The Widow Of Pale Harbour is a Gothic mystery with a strong romance. It combines streaks of transcendentalist religion with lashings of dark Edgar Allan Poe references.

One of my favourite things about Fox’s writing is that she does characterisation and romance incredibly well. Instalove is usually one of my least favourite troops, and enough to make me put down quite a lot of books. While it might not be exactly instalove, the relationship between the two main characters develops very quickly from intrigue to attraction. I found myself loving every minute of it.

Fox manages to make the building attraction between Gabriel and Sophronia build within just a few scenes together, and then simmer throughout the body of the book.
I adore the amount of atmosphere that Fox is able to bring to her stories. The setting of Pale Harbour itself, particularly the bluff and Castle Carver, were incredibly vivid in my mind, despite the fact that I’ve no knowledge whatsoever about mid-19th-century Maine.

The tone and atmosphere was incredibly reminiscent of Poe’s work — which of course fits perfectly — and movies like Crimson Peak or Jane Eyre.

There are two mysteries at play: Sophronia’s past with her deceased husband, and the more plot-driven mystery. Sophronia is receiving threats throughout the novel and we’re presented with a series of potential culprits and victims as the situation escalates. I thought the mystery really well-written. There are lots of red-herrings and the possible suspects each seemed to be a strong possibility. I wasn’t overly shocked by the culprit in the end, but I also didn’t see it coming, which I think is the ideal type of reveal.

The Widow of Pale Harbour is a lush, Gothic, mystery with compelling characters. I didn’t love it quite as much as I adored the Witch of Willow Hall, but I think that was purely personal preference and only by a small amount.

I would thoroughly recommend this novel, especially as the darker nights draw in.

This is my Review of the Month for the review collection on LovelyAudiobooks.info

1 thought on “ARC Review: The Widow Of Pale Harbour”