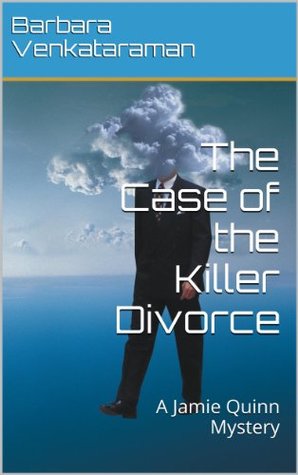 The Case of the Killer Divorce by Barbara Venkataraman

“With all due respect, Your Honour–” I interrupted, desperate to keep my client out of jail. I knew better than to argue with a judge, but still, I had to try.

We were ushered into a drab room where everything was brown, the carpet, the table ,the chairs. Even the walls were beige/ It looked like a room were hope went to die. We sat down and waited.

Reluctant lawyer, Jamie Quinn, has returned to her family law practice after a hiatus due to the death of her mother. It’s business as usual until a bitter divorce case turns into a murder investigation, and Jamie’s client becomes the prime suspect. When she can’t untangle truth from lies, Jamie enlists the help of Duke Broussard, her favorite private investigator, to try to clear her client’s name. And she’s hoping that, in his spare time, he can help her find her long-lost father.

9th – 15th – What authors do you always read and recommend? (submitted by Elizabeth @ Silver’s Reviews)

17 thoughts on “Friday Spotlight: The Case of the Killer Divorce”