For fans of: Black Butler meets Strange the Dreamer 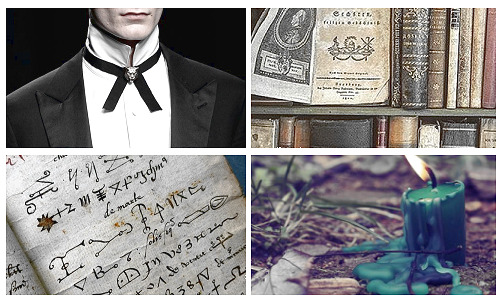 I wasn’t 100% sure about Rogerson’s first book, An Enchantment of Ravens, so I was a little hesitant but I fell completely and utterly in love within the first page.

Rogerson’s writing beautiful — stunning — the type of writing that makes you want to cry. She had me hooked from the opening line: “Night fell as death rode into the Great Library of Summerhall. It arrived within a carriage.” Beautiful writing is all well and good, but Sorcery of Thorns completely delivered on every other aspect too.

* The plot is full of action and intrigue. The world-building and magic system are interesting but not overworked or laborious to get to grips with. The overall atmosphere has a dark, Gothic bend to it, alongside the fantasy.

* The characters will steal your heart and soul. Elisabeth, Nathaniel and Silas are all wonderful and I fell in love with each of them. The relationships between each of these three characters are so well-written. Each relationship is unique and has its own quirks. The romantic relationship really worked for me too. I thought the romance in An Enchantment of Ravens was far too quick, but this is a nice slow-burn, without being to dragged out.

I don’t have much more to say about Sorcery of Thorns. Isn’t that always the way with the books you love? I’ll just say that this is one of the very best books I’ve read this year and you absolutely have to pick it up.

Realms of my Mind

A Kernel of Nonsense