There are a lot of stunning outfits in Game of Thrones, even in the background. I love how much thought goes into each one — tiny details changing and evolving on the King’s Guard armour, the logic behind even the different blacks the Night’s Watch wear, the house sigils and hidden symbolism — I love it all.

There are always certain outfits that stand out as more memorable though. Here are seven that I particularly like.

Do you have a favourite costume from the series?

If you’re interested in the costuming choices and designs, there’s lots of analysis and interviews on MakingGameofThrones.com

There’s so much detail worked into this outfit. Lannister gold, Tully and Stark embroidery, the armour pieces. It’s says so much about Sansa and the situation she’s walking into. 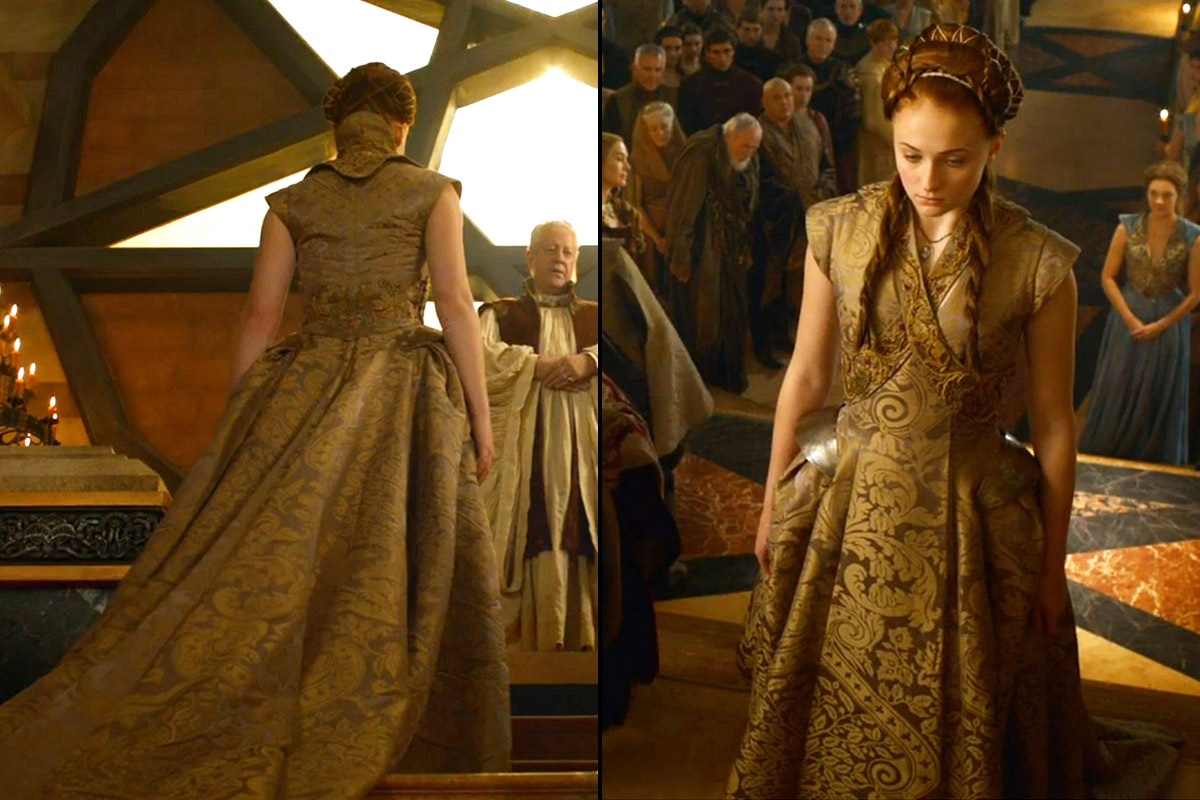 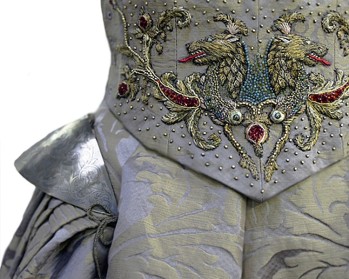 Maybe its the warm colours, or how much happier she looks, but I far prefer this dress to the one she wear to marry Joffery. Her hair is beautifully styles and I adore that little tiara: some the rose and antlers combination still looks feminine and delicate. 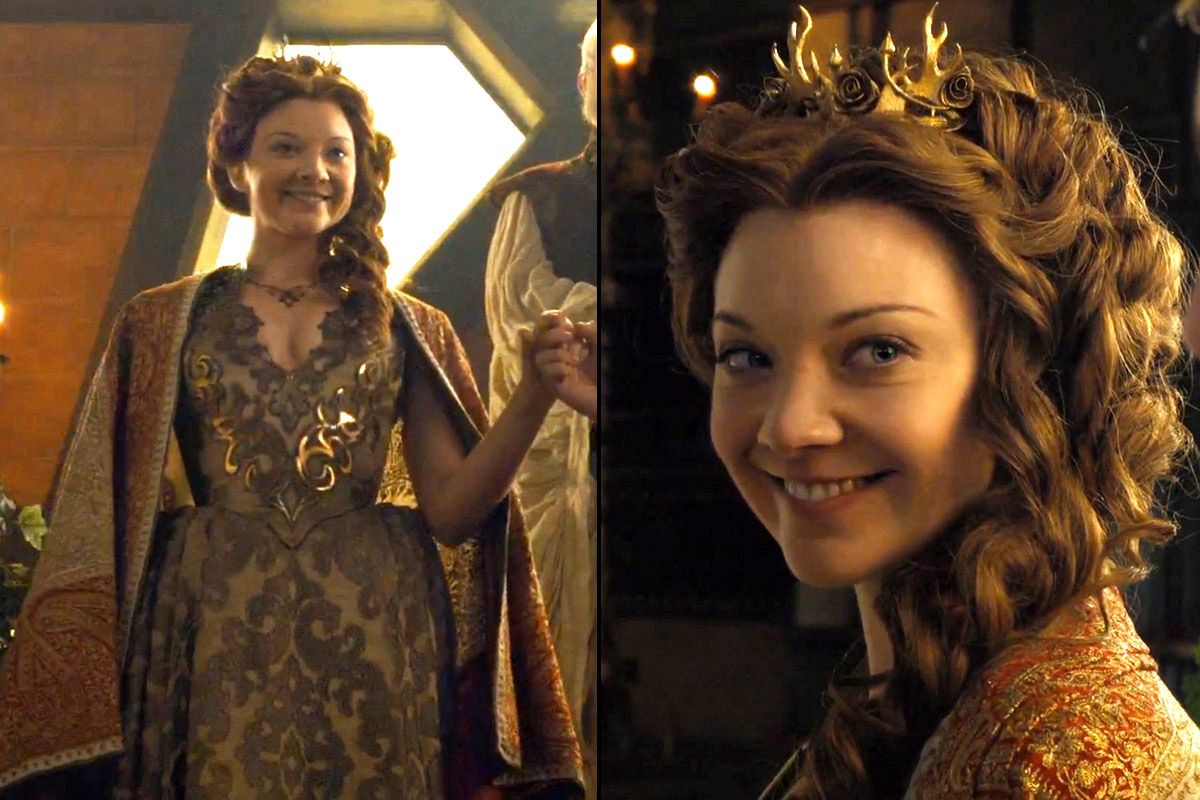 Season 2, Episode 5, “The Ghost of Harrenhal”

Dany wear a lot of nice dresses in Qarth. It’s a wealthy city and the first time she’s been able to choose clothes without Viserys influence or considering Dothraki practicality, so it makes sense. This one is my favourite. I love the delicate blue and gold fabric and the intricate, bold belt.

Lysa Arryn at The Eyrie

I’m not a huge fan of the character but I love the design choice here. The huge, oversized sleeves (which can be moved to make the dress sleeveless) resemble wings and the gathering around the bust is reminiscent of a birds chest plumes.

I just really like both of these. They really suit their characters, in signature colours, and look youthful and simple, like they’re comfortable around each other while they gossip. 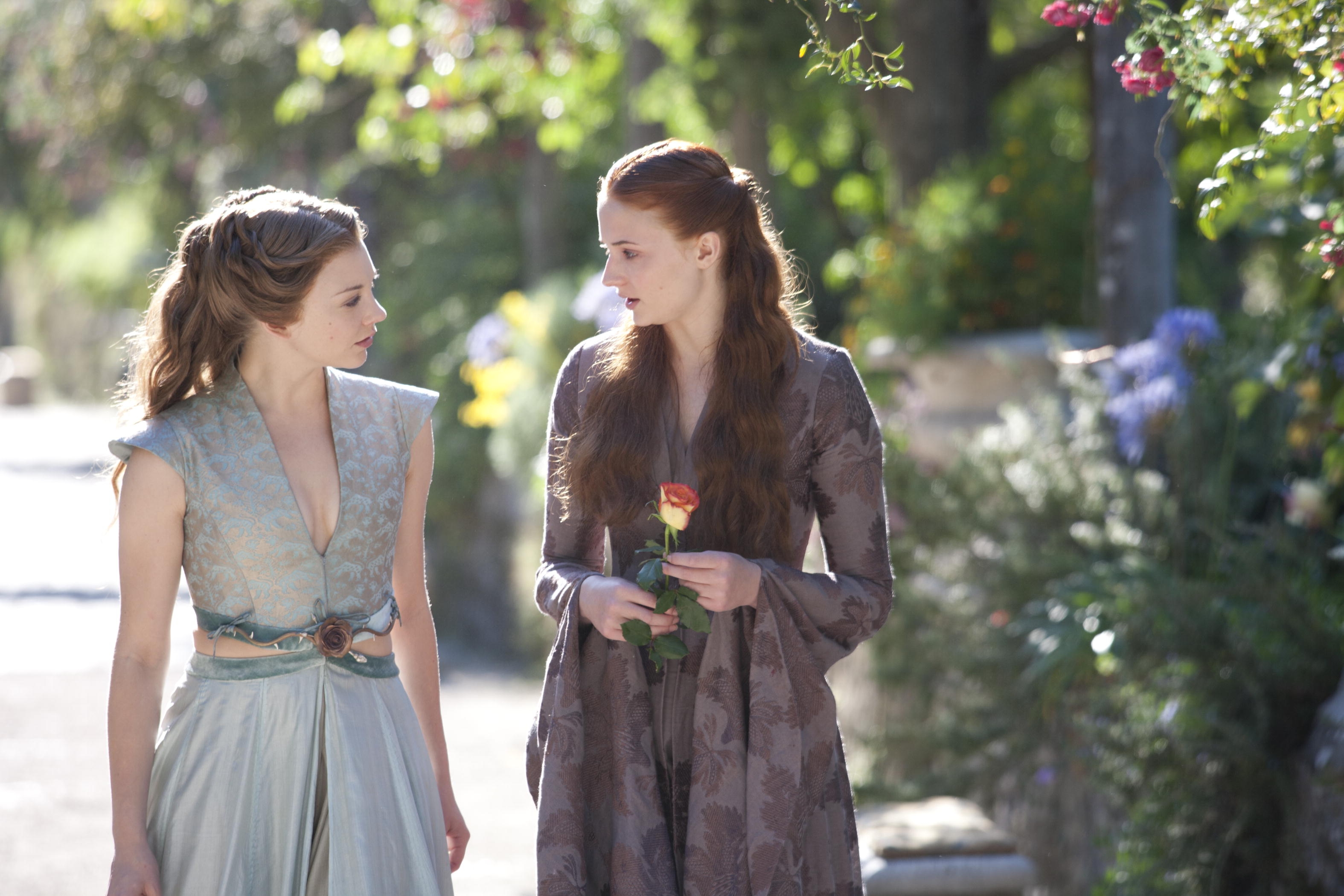 Practical armour! On a woman! I love the way they outfit Brienne in general. This early design is also another one that really fits the character: subtle colours and full coverage because Brienne doesn’t like to stand out.

The only man on my list! I love how much Oberyn’s bright outfits stand out from the others at King’s Landing. The relaxed look really works with the outward appearance he conveys while the silhouette and layers show he’s a dangerous guy with hidden motives. 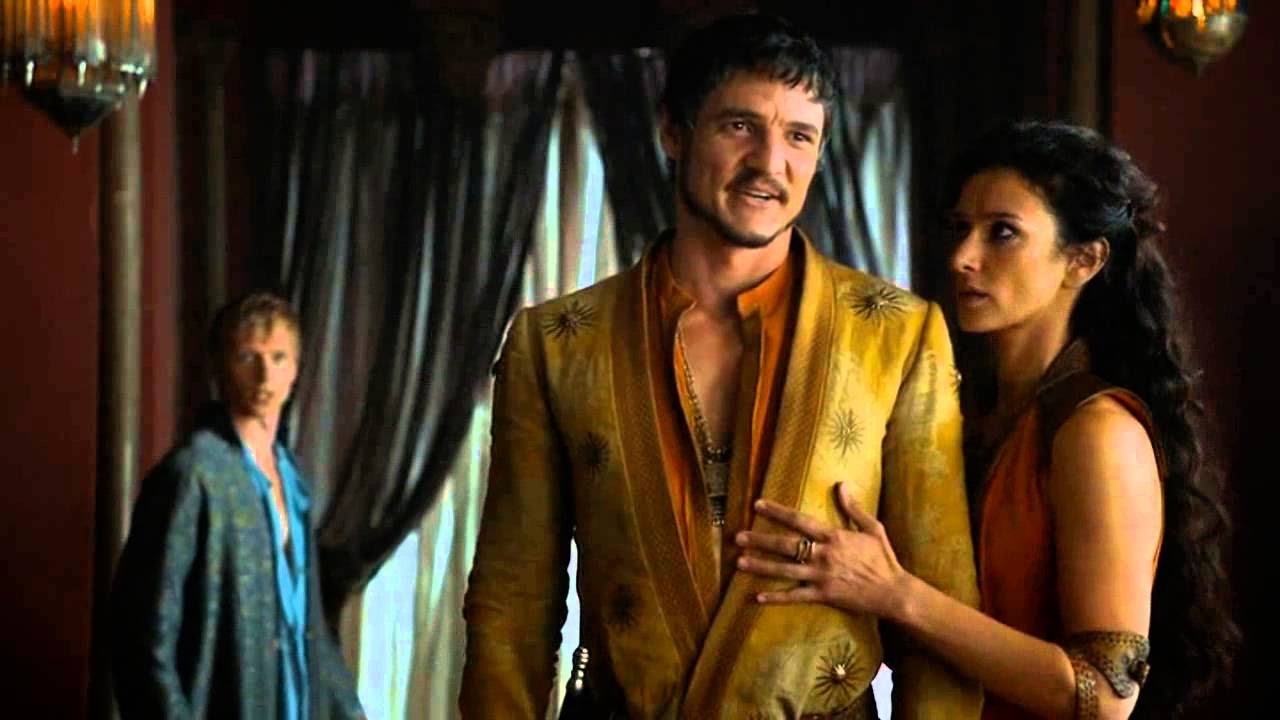 You should also check out my other Game of Thrones posts:

The Best Game of Thrones Moments

The Best Game of Thrones Quotes

8 thoughts on “The Best Game of Thrones Looks”