Review of The Marriage Advertisement 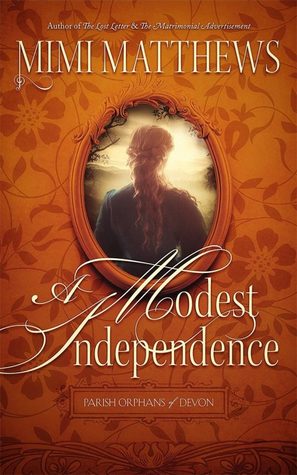 Solicitor Tom Finchley has spent his life using his devious intellect to solve the problems of others. As for his own problems, they’re nothing that a bit of calculated vengeance can’t remedy. But that’s all over now. He’s finally ready to put the past behind him and settle down to a quiet, uncomplicated life. If only he could find an equally uncomplicated woman.

Former lady’s companion Jenny Holloway has just been given a modest independence. Now, all she wants is a bit of adventure. A chance to see the world and experience life far outside the restrictive limits of Victorian England. If she can discover the fate of the missing Earl of Castleton while she’s at it, so much the better.

From the gaslit streets of London to the lush tea gardens of colonial India, Jenny and Tom embark on an epic quest—and an equally epic romance. But even at the farthest edges of the British Empire, the past has a way of catching up with you…

1 – Yes, this is the second in Parish Orphans of Devon series, but it follows two supporting characters from the first book so apart from a few mentions, you could read it as a standalone.

2 – I’m convinced Mimi Matthews writes the best historical romance around. The chemistry between the characters is spot on and the historical details are used perfectly to add texture and depth to the story.

A Modest Independence follows Jenny and Tom on a journey from England to India via railways and steamer ships, in search of Lady Helena’s missing brother.

As always, the chemistry between the leads is perfect. I shipped them so hard. I loved that both characters are undergoing personal journeys during the trip. I especially like Jenny. She’s a great character: brave, independent and fierce. It’s fascinating to watch her struggle with finding her place now that she has financial freedom, trying to find a balance between love, societys expectations, wanderlust and her determination not to concede her new freedom to a man. It’s feminist in a way that feels completely period appropriate.

The journey across Europe, Egypt and eventually India is wonderfully described, balancing the hardship of the transport with the beauty of the locations. In her foreword, Matthews talks about wanting to pay homage to her Indian grandfather. She absolutely achieves this. You can feel her passion for the country and its people on every page. I was a little skeptical going in as to how the story would be able to follow white, Victorian-era English people into the British Raj. But Matthews doesn’t romanticize or exoticize it, she treats the Indian characters as fully fledged personalities and shows the negative effect of the British on both the locals and even the colonial Brits themselves.

An absolute must-read for fans of romance, historicals or both.

Lost in a Good Book