Ten From My Audible Wishlist

Tell me what you think!

All Out: The No-Longer-Secret Stories of Queer Teens throughout the Ages 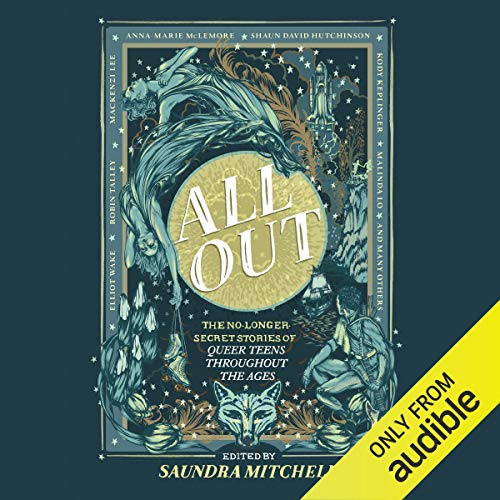 Take a journey through time and genres and discover a past where queer figures live, love and shape the world around them. Seventeen of the best young adult authors across the queer spectrum have come together to create a collection of beautifully written diverse historical fiction for teens.

From a retelling of Little Red Riding Hood set in war-torn 1870s Mexico featuring a transgender soldier, to two girls falling in love while mourning the death of Kurt Cobain, forbidden love in a sixteenth-century Spanish convent or an asexual girl discovering her identity amid the 1970s roller-disco scene, All Out tells a diverse range of stories across cultures, time periods and identities, shedding light on an area of history often ignored or forgotten. 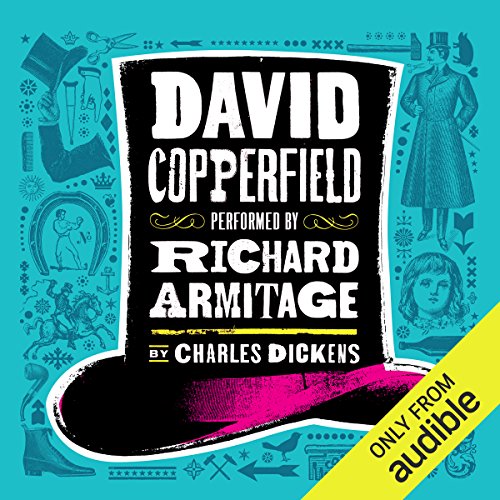 David Copperfield is the story of a young man’s adventures on his journey from an unhappy and impoverished childhood to the discovery of his vocation as a successful novelist. Among the gloriously vivid cast of characters he encounters are his tyrannical stepfather, Mr Murdstone; his brilliant, but ultimately unworthy school-friend James Steerforth; his formidable aunt, Betsey Trotwood; the eternally humble, yet treacherous Uriah Heep; frivolous, enchanting Dora Spenlow; and the magnificently impecunious Wilkins Micawber, one of literature’s great comic creations. In David Copperfield – the novel he described as his ‘favourite child’ – Dickens drew revealingly on his own experiences to create one of the most exuberant and enduringly popular works, filled with tragedy and comedy in equal measure. This edition uses the text of the first volume publication of 1850, and includes updated suggestions for further reading, original illustrations by ‘Phiz’, a revised chronology and expanded notes. In his new introduction, Jeremy Tambling discusses the novel’s autobiographical elements, and its central themes of memory and identity.

The Dark Descent Of Elizabeth Frankenstein 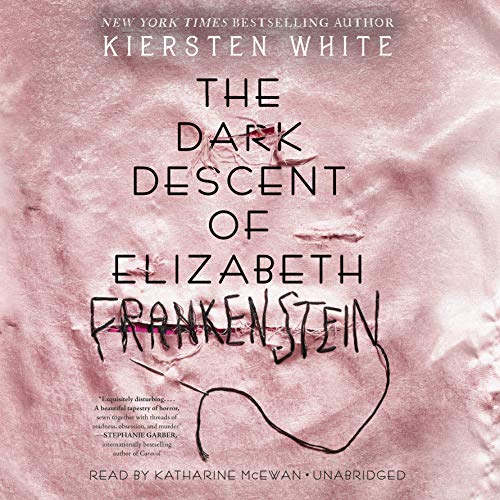 Elizabeth Lavenza hasn’t had a proper meal in weeks. Her thin arms are covered with bruises from her “caregiver,” and she is on the verge of being thrown into the streets . . . until she is brought to the home of Victor Frankenstein, an unsmiling, solitary boy who has everything–except a friend.

Victor is her escape from misery. Elizabeth does everything she can to make herself indispensable–and it works. She is taken in by the Frankenstein family and rewarded with a warm bed, delicious food, and dresses of the finest silk. Soon she and Victor are inseparable.

But her new life comes at a price. As the years pass, Elizabeth’s survival depends on managing Victor’s dangerous temper and entertaining his every whim, no matter how depraved. Behind her blue eyes and sweet smile lies the calculating heart of a girl determined to stay alive no matter the cost . . . as the world she knows is consumed by darkness. 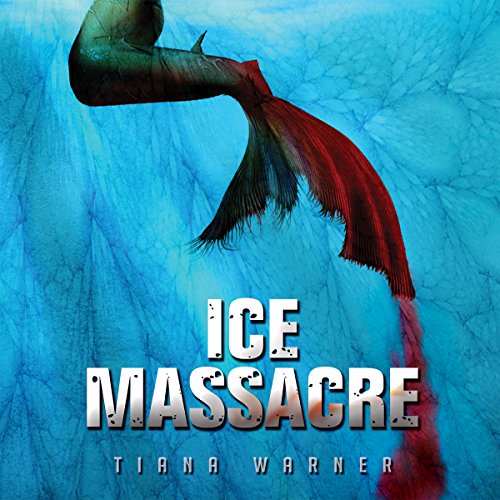 A mermaid’s supernatural beauty serves one purpose: to lure a sailor to his death.

The Massacre is supposed to bring peace to Eriana Kwai. Every year, the island sends its warriors to battle these hostile sea demons. Every year, the warriors fail to return. Desperate for survival, the island must decide on a new strategy. Now, the fate of Eriana Kwai lies in the hands of twenty battle-trained girls and their resistance to a mermaid’s allure.

Eighteen-year-old Meela has already lost her brother to the Massacre, and she has lived with a secret that’s haunted her since childhood. For any hope of survival, she must overcome the demons of her past and become a ruthless mermaid killer.

For the first time, Eriana Kwai’s Massacre warriors are female, and Meela must fight for her people’s freedom on the Pacific Ocean’s deadliest battleground.

Murder Most Unladylike: A Wells & Wong Mystery by Robin Stevens 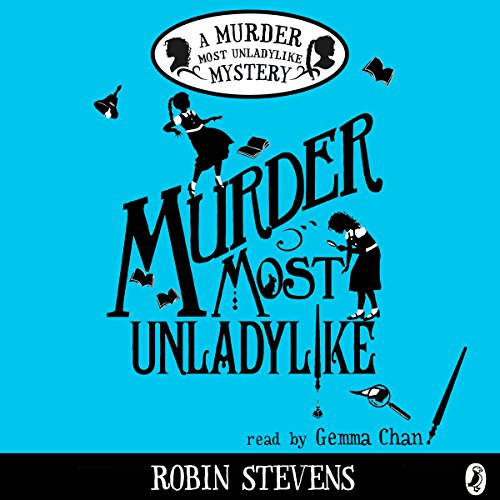 1934. When Daisy Wells and Hazel Wong set up a secret detective agency at Deepdean School for Girls, they struggle to find a truly exciting mystery to investigate. (Unless you count the case of Lavinia’s missing tie. Which they don’t.)

But then Hazel discovers the body of the Science Mistress, Miss Bell – but when she and Daisy return five minutes later, the body has disappeared. Now the girls have to solve a murder, and prove a murder has happened in the first place before the killer strikes again (and before the police can get there first, naturally),

But will they succeed?

And can their friendship stand the test? 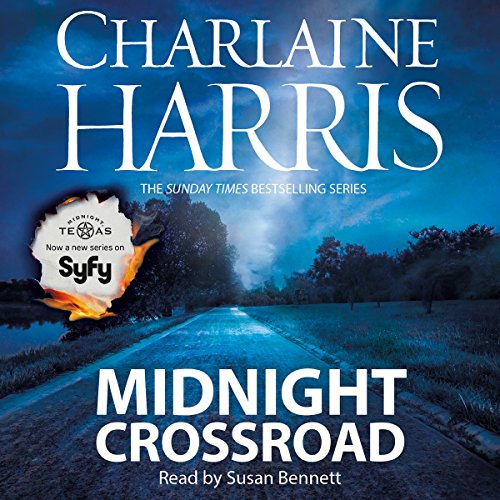 Welcome to Midnight, Texas, a town with many boarded-up windows and few full-time inhabitants, located at the crossing of Witch Light Road and Davy Road. It’s a pretty standard dried-up western town.

There’s a pawnshop (someone lives in the basement and is seen only at night). There’s a diner (people who are just passing through tend not to linger). And there’s new resident Manfred Bernardo, who thinks he’s found the perfect place to work in private (and who has secrets of his own).

Stop at the one traffic light in town, and everything looks normal. Stay awhile, and learn the truth… 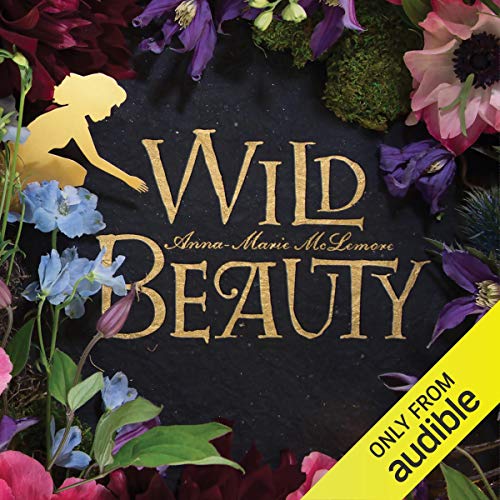 For nearly a century, the Nomeolvides women have tended the grounds of La Pradera, the lush estate gardens that enchant guests from around the world. They’ve also hidden a tragic legacy: if they fall in love too deeply, their lovers vanish. But then, after generations of vanishings, a strange boy appears in the gardens.

The boy is a mystery to Estrella, the Nomeolvides girl who finds him, and to her family, but he’s even more a mystery to himself; he knows nothing more about who he is or where he came from than his first name. As Estrella tries to help Fel piece together his unknown past, La Pradera leads them to secrets as dangerous as they are magical in this stunning exploration of love, loss, and family. 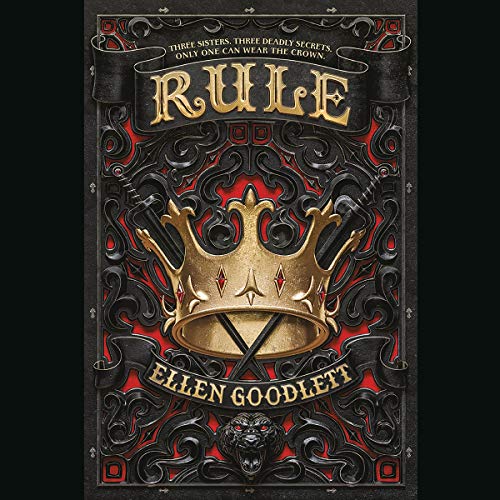 The king is dying, his heir has just been murdered, and rebellion brews in the east. But the kingdom of Kolonya and the outer Reaches has one last option before it descends into leaderless chaos.

Or rather, three unexpected options.

When the king summons the girls, they arrive expecting arrest or even execution. Instead they learn the truth: they are his illegitimate daughters, and one must become his new heir. But someone in Kolonya knows their secrets, and that someone will stop at nothing to keep the sisters from their destiny… to rule.

Sky Without Stars by Jessica Brody 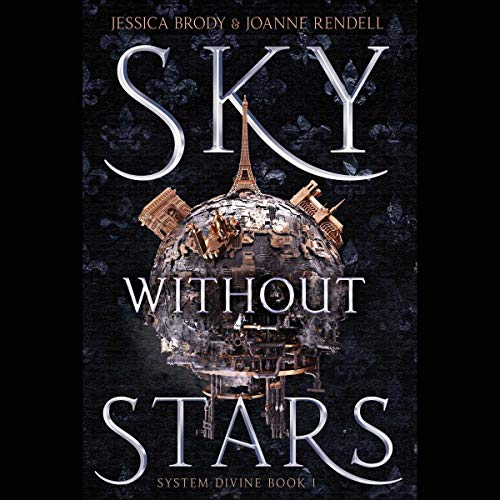 In the tradition of The Lunar Chronicles, this sweeping reimagining of Les Misérables tells the story of three teens from very different backgrounds who are thrown together amidst the looming threat of revolution on the French planet of Laterre.

A thief. An officer. A guardian.

When the Last Days came, the planet of Laterre promised hope. A new life for a wealthy French family and their descendants. But five hundred years later, it’s now a place where an extravagant elite class reigns supreme; where the clouds hide the stars and the poor starve in the streets; where a rebel group, long thought dead, is resurfacing.

Whispers of revolution have begun?a revolution that hinges on three unlikely heroes… 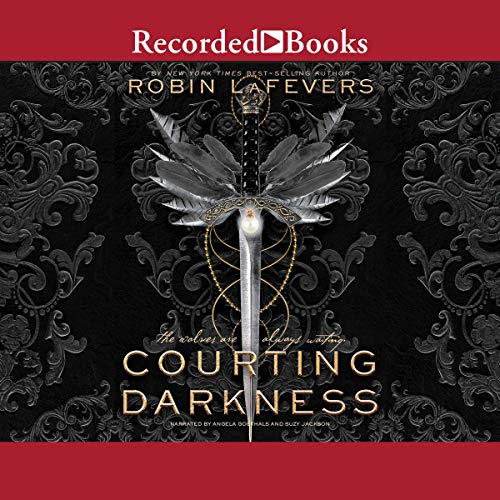 Sybella has always been the darkest of Death’s daughters, trained at the convent of Saint Mortain to serve as his justice. But she has a new mission now. In a desperate bid to keep her two youngest sisters safe from the family that nearly destroyed them all, she agrees to accompany the duchess to France, where they quickly find themselves surrounded by enemies. Their one ray of hope is Sybella’s fellow novitiates, disguised and hidden deep in the French court years ago by the convent—provided Sybella can find them.

Genevieve has been undercover for so many years, she struggles to remember who she is or what she’s supposed to be fighting for. Her only solace is a hidden prisoner who appears all but forgotten by his guards. When tragedy strikes, she has no choice but to take matters into her own hands—even if it means ignoring the long awaited orders from the convent.

As Sybella and Gen’s paths draw ever closer, the fate of everything they hold sacred rests on a knife’s edge. Will they find each other in time, or will their worlds collide, destroying everything they care about?

40 thoughts on “TTT: Ten From My Audible Wishlist”