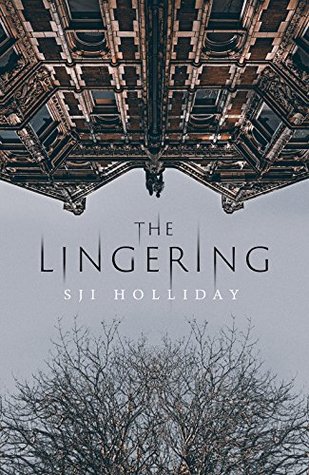 Married couple Jack and Ali Gardiner move to a self-sufficient spiritual commune in the English Fens, desperate for fresh start. The local village is known for the witches who once resided there and Rosalind House, where the commune has been established, is a former psychiatric home, with a disturbing history.

When Jack and Ali arrive, a chain of unexpected and unexplained events is set off, and it becomes clear that they are not all that they seem. As the residents become twitchy, and the villagers suspicious, events from the past come back to haunt them, and someone is seeking retribution…

I started this one with high hopes but ultimately it just didn’t live up to them.

The novel starts out strong. Jack and Ali have given up their modern, stressful lives to join a back-to-basics type community in renovated Rosalind House. The first half or so of the novel is tense and atmospheric. As a reader, you know that something is definitely ‘off’ but there are so many unexplained happening and secrets from the past that you can’t be sure what it is. It’s creepy, uneasy and a wonderful winter night read.

Is there something in the Rosalind House’s history, having previously been both a setting of witch trials and then a women’s asylum?

Is there something cult-like about the community, their leader and his teaching around “embracing the Light”?

Is there something in Jack and Ali’s past, something hinted at which has driven them to escape to somewhere so extreme?

However, as the novel progresses, a lot of the tension drains away and it loses the subtly that’s it’s biggest strength. By the ending, I was deeply disappointed by the way Ali’s character in particular developed into something cliched and, I felt, too unbelievable (and in a story with ghosts, that’s something).

I did think Holliday did some really interesting things with POV throughout the story. Most of the story is in third-person, following Ali and her thoughts. Then there’s diary extracts from a doctor, investigating abuse at the time the house was a hospital. Pretty standard so far. But there’s also a first-person POV from Angela, a ghost hunter and member of the commune. I liked Angela best, mostly because of her personally, but I can’t help but wonder whether Holliday’s POV choices made me feel closer to her and put a distance between the reader and Ali. Considering all the mysteries involved in the plot (and the ultimate ending) it’s an interesting technique.

A quick, fast-paced thriller-meets-haunted-house, but with an ending which unravelled to let it down.

Review from The Belgian Reviewer

Review from Sci-fi and Scary

I was SUCH a big #Firefly fan back in the day! STEAL THE SUN is pitched as a steampunk Firefly so I'm totally intrigued by the whole idea.
I am EXCITED!
When I was looking up Eva Evergreen, I found out KIKI'S DELIVERY SERVICE is an actual book!
Look how cute this beauty is!
I was tagged to do the #LastNowNextChallalenge by the lovely @paws.and.paperbacks ❤
#FFFEB2021