Thanks so much Dora @ Swift Coffee for tagging me!

Dora posted her tag a while back for All Souls Day/ Day of the Dead, which was a great fit, but I thought since everyone gets so into Harry Potter over the holidays, it’d work now too. I’m not going to tag anyone though, because I don’t think anyone needs the extra stress at this time of year, but consider yourself tagged if you’d like.

This tag originally comes from Books in the Skye.

Here are the rules:

Sirius Black – A book with the best father/mother figure

Severus Snape – A book with a redeemable character

A Song of Ice and Fire by George R.R. Martin. Not that the characters are necessarily redeemed into nicer people, but there are definitely characters I hated at the beginning (or when they were introduced) who grew on me and who changed over the course of the series.

Albus Dumbledore – A book with a great mentor/teacher

I can think of quite a few important mentors, but I don’t know if I’d call them “great”…

I think I’ll go with Father Chains from The Lies of Locke Lamora by Scott Lynch. I’m sure he would count as a pretty great mentor and father figure to Locke and the other Gentlemen Bastards. 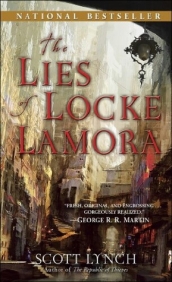 Hedwig – A book with a great animal sidekick

I really loved Cloud, Daine’s pony from The Immortals Series by Tamora Pierce. I liked that she wasn’t just a comedic sidekick, but really cared and looked out for Daine like a snarky big sister. Tamora Pierce actually had a lot of great animal characters in her books.

Maybe not so much by accident, by Loki seemed cause a lot of problems which escalated and didn’t end up the way that he planned in The Gospel of Loki by Joanne Harris.

Fred Weasley – A book with your favorite brother/sister duo

I really love the relationship between Tea and Fox in The Bone Witch by Rin Chupeco.

Nymphadora Tonks – A book with the best family feud

You’d think with how much I used to love epic fantasy, I’d have more ideas.. I know I’ve read more than I can think of… I think the war brewing in The Smoke Thieves by Sally Green is based around a family feud?

No spoliers, but there was a character death in Jade City by Fonda Lee which broke my heart.

Remus Lupin – A book with your favorite shapeshifter

Alex Fierro from Magnus Chase and the Gods of Asgard is a great character and I absolutely love that whole trilogy. 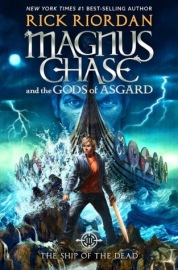