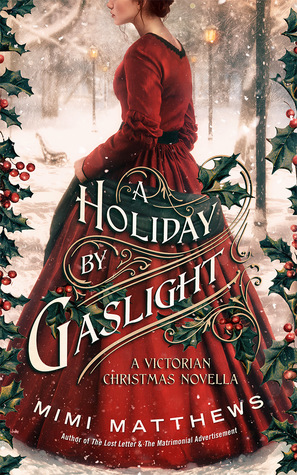 A Courtship of Convenience

Sophie Appersett is quite willing to marry outside of her class to ensure the survival of her family. But the darkly handsome Mr. Edward Sharpe is no run-of-the-mill London merchant. He’s grim and silent. A man of little emotion—or perhaps no emotion at all. After two months

of courtship, she’s ready to put an end to things.

A Last Chance for Love

But severing ties with her taciturn suitor isn’t as straightforward as Sophie envisioned. Her parents are outraged. And then there’s Charles Darwin, Prince Albert, and that dratted gaslight. What’s a girl to do except invite Mr. Sharpe to Appersett House for Christmas and give him one last chance to win her? Only this time there’ll be no false formality. This time they’ll get to know each other for who they really are.

Just look at that cover! 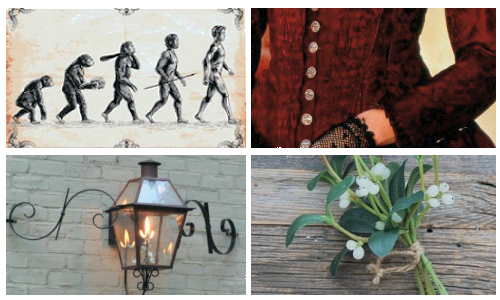 This is a short historical romance novella set in a charming Country Estate over the winter holidays. Matthews manages to fit an awful lot into such a short story, and there’s something here for everyone.

There are two separate romances — there’s the Darcy / Lizzie-esque deep, meaningful but awkward courtship of the main characters, Ned and Sophie, but there’s also a more fun, whirlwind secondary romance running in the background.

On the historical side of things, there’s lots of interesting historical anecdotes and well-thought-out observations on Victorian society at this time. There are references to the recent death of the Prince Regent and to Victorian mourning customs, to the modernization and development of gas as a household technology, to the release of Charles Darwin’s On the Origin of Species and the subsequent discussion around that. More generally, overarching the entire story, there’s commentary on class divisions and on a women’s place in the marriage market.

But crucially, I just loved the characters.

Ned is the aloof businessman, looking to win over Sophie using a gentleman’s Etiquette Guide and making just about every mistake possible. Sophie is the slightly-past-her-prime — at twenty-three — eldest daughter of a noble but impoverished family. I really loved the family dynamics and I thought it was interesting to see the different characters’ perspectives on what was important to them and their future. Whether they were highborn such as Lord Appersett or tradesmen such as Ned and his business partner, and whether they were concerned by romance, money, reputation etc.

As I said, this is a short story — it’s only about 175 pages — so you could probably read it in a single sitting, which makes it the perfect feel-good boost for a cold evening. There’s a wonderful cast of complex and interesting characters, some interesting developments, and a beautiful, rich and vibrant setting. A Holiday by Gaslight does both elements of its genre very well. The historical touches and the romantic relationship are both spot on.

6 thoughts on “ARC Review: A Holiday by Gaslight”