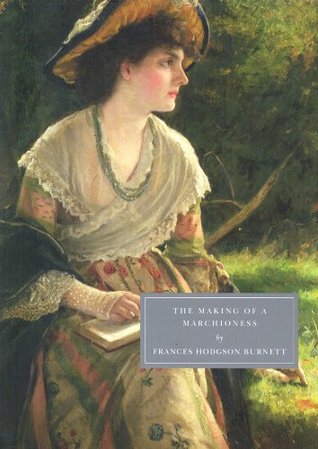 First published in 1901 as The Making of a Marchioness followed by its sequel The Methods of Lady Walderhurst, the two novels were combined into Emily Fox-Seton who is the two works’ primary character. The story follows thirty-something Emily who lives alone, humbly and happily, in a tiny apartment and on a meager income. She is the one that everyone counts on but no one goes out of their way to accommodate. Her fortune changes, however, and the second half chronicles her adaptation to her new life and the dangers that arise from those who stand to lose most from her new circumstances.

The first part of the book is the shorter, and it’s almost a Victorian Cinderella retelling. Emily is well-bred but poor, so she makes her living by doing various small favours and chores for rich women. She gets invited to a country estate getaway and — due to her goodness and her hard-working nature — attracts the attention of a very rich gentleman. The second part of book deals with after Emily is married as she deals with the machinations of her in-laws.

Personally, I think I preferred the first part of the novel which is more of a series of misunderstandings and a romance. It had a much lighter feel, it felt more character focused and was full of little historical details. However, I did still really like the second part which has more of a dramatic plot line and darker elements.

I really liked Emily. The characteristics which are portrayed as her strengths, are maybe not ones that we wouldn’t see in a lot of protagonists nowadays. Her greatest strengths are her humility, her hard-working nature, her kindness, her gratefulness and her frugality. It’s often mentioned by the other characters that she’s not particularly smart, or particularly brilliant, but she seems to be rewarded for good heartedness instead. We’d probably consider her too passive (or a doormat) now but I quite liked how straightforward and naive she is — especially in the first part of the book where she’s trying to assist other women in their husband hunting.

The second part of the book has some problematic elements. Emily herself is a little too trusting, and way too self-sacrificing, to be really believable. There’s also a side character — her sister-in-law’s Indian maid — who falls entirely into the untrustworthy foreigner trope, while Emily becomes a white saviour character. There is a little bit of criticism of racist attitudes from the author within the narrative, but it’s still uncomfortable to read.

Overall, I thought The Making of a Marchioness was a really good, enjoyable read. I think it would be good for anyone wanting to get into classics as the book is short, the plot is relatively simple, and the language is very accessible.