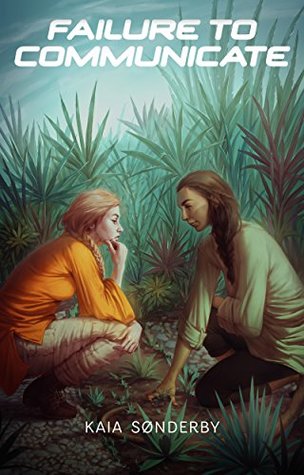 You know how sometimes the books you love most are the hardest to review? THIS. 5+ out of 5 stars no question, but this review is a bit gushing and all over the place.

I love, love, love Xandri as a character. She’s so complicated and well-rounded — completely confident in her abilities in relation to her job but full of self-doubt in other areas. She’s smart and brave, has a strong moral compass and bucketloads of determination. I can’t wait to read more about her character because she completely sucked me in — at the end, I was crying actual tears for her, and that never happens to me. Xandri deserves to be one of those female characters so well known that they’re instantly recognisable to readers, like Hermione, Annabeth or Feyre.

Representation, in general, is something the book does brilliantly. Xandri herself is bisexual and autistic. I really like that the bisexuality was so casually mentioned, and the hints of a really cute developing polyamorous relationship are really interesting. I’m not autistic but the #ownvoices autism representation seems spot on from the (sadly single) ownvoices review I’ve seen. It certainly seems wonderfully done, describing Xandri’s struggles in some social interactions, her synesthesia and dispelling the old notion of autistic people as lacking emotion. Synesthesia, especially, is something I’ve never read about before but is beautifully explained and described. There are also characters of different colours, sexualities and ethnicities as both main characters and supporting players. It’s all done very organically too, for example, mentioning that after a tricky bit of spaceship manoeuvring one of the pilots has to adjust her hijab.

Okay. So, the world-building and plot. There’s so much going on! There’s new worlds, new alien races, and a tonne of crewmembers. This was a tad confusing at the start but I soon got a handle on who everyone was. The plot is about politics and negotiating a complicated Starfleet-style membership for the prickly Anmerilli. There’s a lot of great commentaries here on social niceties, customs and compromise. There’s also some brilliant commentary on the politics of gun control. I found the debate and its relation to the plot fascinating, and I suspect it will hit even closer to home for U.S. readers.

Basically, Failure to Communicate has the spirit of the earlier Star Trek series’ — all about exploring new worlds and new civilisations — except more diverse. Basically, it’s everything I’m desperately hoping the new Discovery series will be.

6 thoughts on “REVIEW: FAILURE TO COMMUNICATE”