Book Traveling Thursday is a weekly event held over on Goodreads by Danielle and Catia.

This week’s topic is Because we don’t always read fiction… choose your favorite non-fiction book. I haven’t really read many non-fiction books since graduating several years ago… so… I’ve decided to go with this book from my TBR list. It’s not my usual thing but I saw a battered paperback in a tiny cafe in London and was really intrigued.

Vicky, Alice, Helena, and Beatrice were historically unique sisters, born to a sovereign who ruled over a quarter of the earth’s people and who gave her name to an era: Queen Victoria. Two of these princesses would themselves produce children of immense consequence. All five would curiously come to share many of the social restrictions and familial machinations borne by nineteenth-century women of less-exulted class.

Victoria and Albert’s precocious firstborn child, Vicky, wed a Prussian prince in a political match her high-minded father hoped would bring about a more liberal Anglo-German order. That vision met with disaster when Vicky’s son Wilhelm– to be known as Kaiser Wilhelm– turned against both England and his mother, keeping her out of the public eye for the rest of her life. Gentle, quiet Alice had a happier marriage, one that produced Alexandra, later to become Tsarina of Russia, and yet another Victoria, whose union with a Battenberg prince was to found the present Mountbatten clan. However, she suffered from melancholia and died at age thirty-five of what appears to have been a deliberate, grief-fueled exposure to the diphtheria germs that had carried away her youngest daughter. Middle child Helena struggled against obesity and drug addition but was to have lasting effect as Albert’s literary executor. By contrast, her glittering and at times scandalous sister Louise, the most beautiful of the five siblings, escaped the claustrophobic stodginess of the European royal courts by marrying a handsome Scottish commoner, who became governor general of Canada, and eventually settled into artistic salon life as a respected sculptor. And as the baby of the royal brood of nine, rebelling only briefly to forge a short-lived marriage, Beatrice lived under the thumb of her mother as a kind of personal secretary until the queen’s death.

Principally researched at the houses and palaces of its five subjects in London, Scotland, Berlin, Darmstadt, and Ottawa– and entertainingly written by an experienced biographer whose last book concerned Victoria’s final days– Victoria’s Daughtersclosely examines a generation of royal women who were dominated by their mother, married off as much for political advantage as for love, and finally passed over entirely with the accession of their n0 brother Bertie to the throne. Packard provides valuable insights into their complex, oft-tragic lives as daughters of their time. 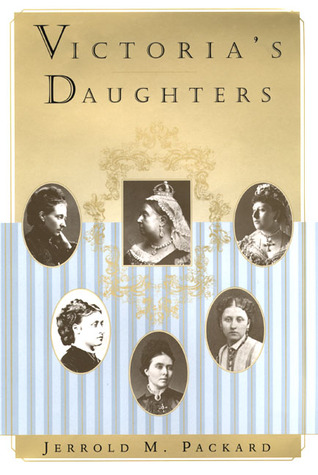 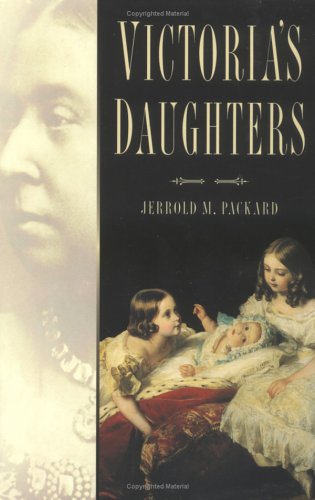 #FFFebruaryReads prompt: Favourite FF. I love the whole Tales of Inthya series. Each one stands alone but together they cover different countries and various FF relationships. Plus, there's dragons, gods, arranged marriages, chaos demons and kittens.
What are your favourite colours? That Inevitable Victorian Thing is last book I'll be starting for #FFFeb. I love this cover so much! The color combination might be my very favourite? Purple, teal and gold.
#FFFebruaryReads prompt: Science Fiction or Fantasy. This was a fun story I read last December. It's a modern day A Christmas Carol retelling with a second chance romance.
Thank you so much Jade at @_zephyrbooks and @headofzeus for going to such a special effort to find me a copy of #DangerousRemedy 🖤 Pitched as having a French Revolution backdrop, a queer romance and Frankenstein vibes, I'm absolutely stoked to pick this one up.
I got some wonderful book mail today courtesy of @LivvyLouL. I'm so excited to read this "alternative history fairy-tale" 🧡🧡🧡
Do any genres take you longer to read than others? My current ARC read for #demonathon and #FFFeb is #TheUnspokenName. It's really not what I was expecting but I'm enjoying it so far. I am finding it taking longer than I would have expected because I have to take my time over names and places.